Back to all posts

The other night I went to see Mary Chapin Carpenter. I thought it would be a good trip down memory lane, and also because a friend was in her band and I wanted to see him playing with her.

She was a big influence on me back in the day and through the years. I think it’s been around 30 years ago that I discovered her music. It was on The Nashville Network (TNN.) Ralph Emory hosted a show and introduced a young singer songwriter form Washington, DC. A girl with a guitar, singing and playing her own music!  I don’t remember if she had a band (she probably did) because I was so taken with the voice and the lyrics.

I lived in a small town and back then it wasn’t is easy to get music that wasn’t really mainstream. By get I mean find, and purchase! I can remember gong to all the record shops in the area asking about Mary Chapin Carpenter. The only thing I could find was a cassette called “Home Town Girl.” On man,  A Lot Like Me, Other Streets and Other Towns, Hometown Girl, Family Hands, Waltz, Just Because, Heroes and Heroines. I still have that cassette.

First records from some of my favorite artists are usually the ones that make the the biggest impression on me. (John Gorka, Indigo Girls, Shawn Colvin, Tracy Chapman…) The ones that made me sit down in a dark room and listen with my eyes closed because it hit something inside of me that was emotional and real. And then I’d grab my guitar hoping that some of that would rub off on me because of the way it made me feel. If I could only get other people to feel that way about my songs. WOW!  That’s a powerful thing.

Back to the MCC show- Yes,  I was a little ambivalent about how I thought the show would go… and it was a trip down memory lane but also a great reminder of a few things.

It reminded me that music really is the great connector. It makes you feel. Something that we don’t get enough of now. We are all so busy looking at our screens and not at each other.

I woke up in tears the next morning (good tears )thinking about how this show was just what I needed. It was smart and classy and the songs took me back but also made me more present. I left with a really good feeling in my heart. And, for an hour and a half I wasn’t thinking about the doom and the gloom of the world.

It made me think about my own music and how I am so lucky to have had this person’s musical influence in my life. Thank you, Mary Chapin! 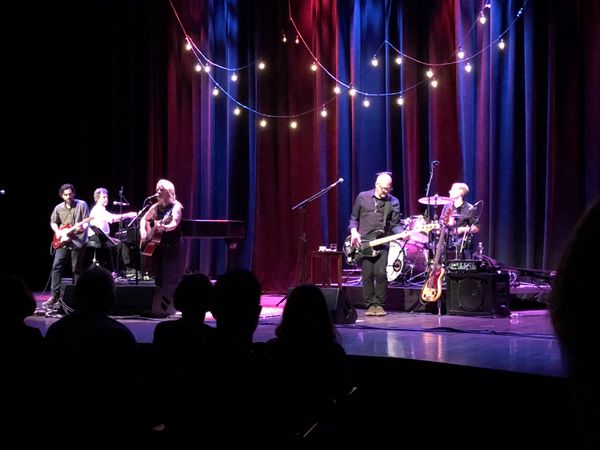